Last heartbeat missed a Karrot contribution, so this one highlights activity since end of October: 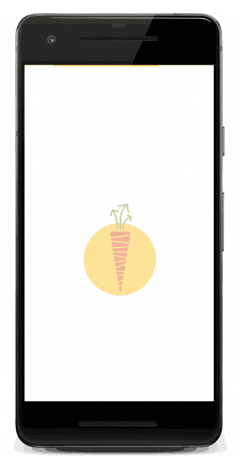 The new splash screen when loading Karrot; it makes Tilmann happy every time he improves the code

There was also some Karrot-related activity in the community forum:

Since yesterday the project in Harzgerode is way, Way, WAY more likely to keep existing in the next year(s)!

On Saturday five people (Mareike, Josi, Theo, Julia, Steffen) founded the Genossenschaft “in der Heilstätte Harzgerode eG” i.Gr. which is the biggest prerequisite for buying the whole property soon and bringing it into communal ownership of its inhabitants. This is a big milestone!

Meanwhile the winter has arrived and the heating construction takes priority no 1. (deja vu? :wink: ) At least the livign room in HausX is comfortably warm due to the woodstove. Replacing this small stove with a bigger water carrying one which is capable of making the whole house cozy is paused until the heating in the main building is online.

Kanthaus is still occupied with room planning. On coming Wednesday we will hold the third bigger meeting on the topic to clarify the obvious questions:

On top of that our Autumn Roadmap is coming to an end, which means that we are closing in on a planning phase for winter anyways – so what's a better time for dreaming? :)

As you can see we still have some things to do...

Fitting to the topic of dreaming, I'm happy to announce that Alexandra Yepes, a filmmaker who recently started shooting "a documentary about life outside of the monetary system, produced entirely under the sharing economy", will come to Kanthaus next weekend. She is mostly following her protagonist Fausto, but will of course also record some of what is going on in Kanthaus. (Unfortunately that won't be a lot during the time she'll be here... ^_^')

And apart from all the dreaming and planning we also have a lot of ordinary house work to do, like sorting socks for ~15 people... This can be a task that requires more creativity and ability to tolerate frustration than one might think... ;) 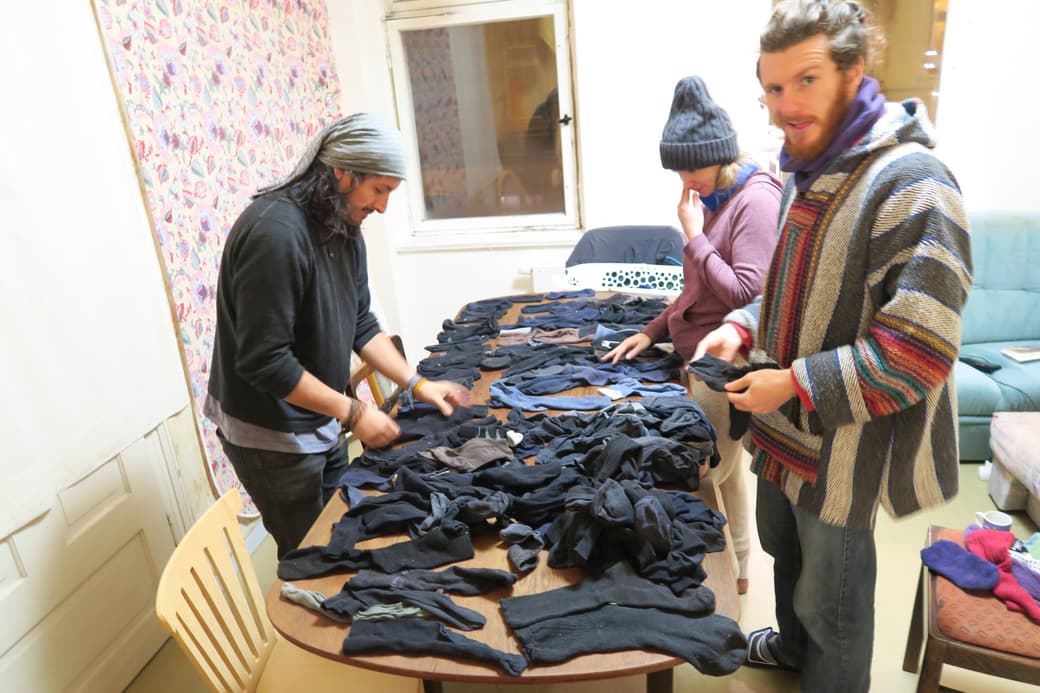 They're all almost the same... but just almost!

Lódź celebrated the 1 year anniversary of their Food-Share Point last week with a big event. They also gave an interview in a radio show (all in Polish, but a summary in English will follow shortly!), in which they showed a much brighter attitude than during our visit in September. 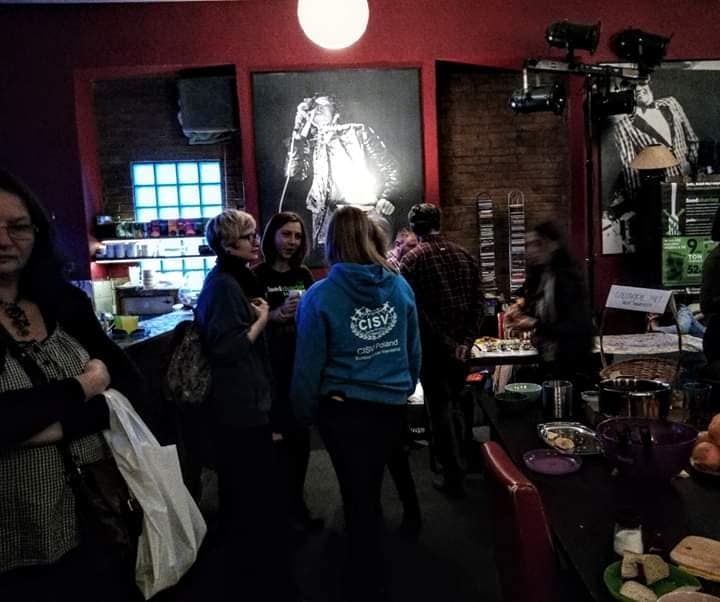 An impression from the anniversary party in Lódź

In Germany there is a lot of work done right now to strengthen the voice of foodsharing in media, politics and education: Next week there will be the first session of the newfound "foodsharing academy" in Kassel, where foodsavers can learn about how to educate others about issues related to food waste. And until the end of the year the demands for Germany's politicians will be refined, renewed and represented towards the public.

Saturday afternoon, 15:10, I wanted to do a little bit more foodsharing development again, because there is this really important topic of emails coming soon...
So, as I open Slack to talk to other people about what I am up to, I see:

Oops, what is this?

Yep, they seem right, something wrong here! What is going on? Maybe media coverage, an attack or something?

I cannot spot any great difference here. For sure, I also checked top on the server itself, not showing any suspicious processes using CPU. But I see a high IO load and MySQL being responsible for a lot of everything. What does our monitoring say about that? 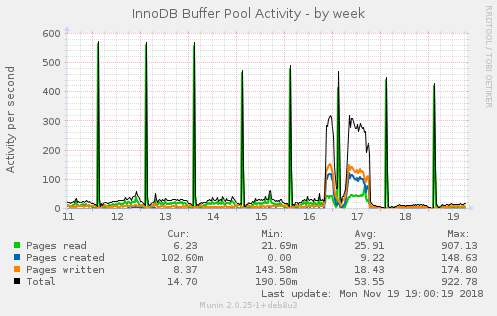 (Different time scale here - Evening of the 16th up to the 17th is the time we are talking about; the regular peaks is the daily backup)

Wow, this does not seem right. So I dived into our SQL activity a bit and did not find anything unusual. I learned about SHOW ENGINE INNODB STATUS, which gives a lot of information about what the database is doing (and has been doing in the last few seconds). I learned about the global log, which can log all queries happening, even to a database that can be queried and analyzed with phpMyAdmin (which so far is the only database administration tool we use). I played around with an increased buffer pool and sort buffer (as I know we have a bunch of queries that could use some optimization). I expected some query to have jumped above a certain result size and not fitting into some buffer anymore. I still don't know if I am right.

In the end, some traces were pointing me towards innocent looking queries of this type:

This marks your notification (somebody answered your post, a new store in your area is created, ...) as read and happens quite often: Lazily, whenever you see notifications.

So, as this query runs very often and - as a write command - is IO intense, what happens when we disable it?

The answer is already in the graphs you see above. I am sorry for your notifications staying unread for now... It is 18:35 and my computer time for that Saturday is over.

Fortunately, I opened the important issue about the emailing already early while I was digging into the problem described above, otherwise I would not even have done what I absolutely wanted to...

Some facts of this story where gathered just when I did this writeup, but it happened approximately as written. I shared this with you to show how life of a combined sysadmin/developer/project manager looks like and I seldomly end up doing in my time what I actually planned for. The unfortunate thing here is that the solution currently implemented needs to be revised. I hotfixed it in the production deployment, there is no answer yet to what actually caused this problem, not even clarity, that I "fixed" the actual bad query...

In a developer constrained project like foodsharing.de, quirks like this will always be a part we just have to take care of. Let's wish that they don't come back to us and that we can solve them as properly as possible :-)