Wow, what a week! Long ago, that we had 7 people working on foodsharing.de software platform related topics in a room. We can proudly say, that a lot has happened:

Tilmann tried hard to dive deep into the data model of the software platform and managed to create seeders, that provide developers with lots of test data for different parts of the platform. Nick thought about how to progress the structure of the platform in a more separated, modular, testable way and showed us the right steps to get rid of global dependencies. Matthias spent most of the time moving globally called functions into instance methods as well as step by step getting rid of globally used data in favor of a more functional programming style. In the last day, we have been lucky to find a nasty error in our CI-Scripts that silently stopped updating the code before running the tests, resulting in tests always passing and that leading to us deploying broken code. After some minutes, the reasons were tracked down and we had a good story of that day :)

All in all, we had a great time together and really felt progress again. Unfortunately, the past has shown that progress and motivation gets slower after a hackathon ends. We would like to keep it up at least a little bit, so we will have regular slack calls on every last Friday of a month at 7pm to update each other on what we have been doing and speak about future work.

get in contact with us via the yunity slack!

Apart from hosting the foodsharing.de hackweek, the foodsharing February continued. Björn and Janina talked to quite some people in the streets of Wurzen, Laura - a foodsharing ambassador from Leipzig - came to our monthly meeting and the first ever foodsharing leftover brunch brought some people to our house. Also, thanks to Silvan we now have a facebook page, which makes us way more visible to a lot of Wurzeners. 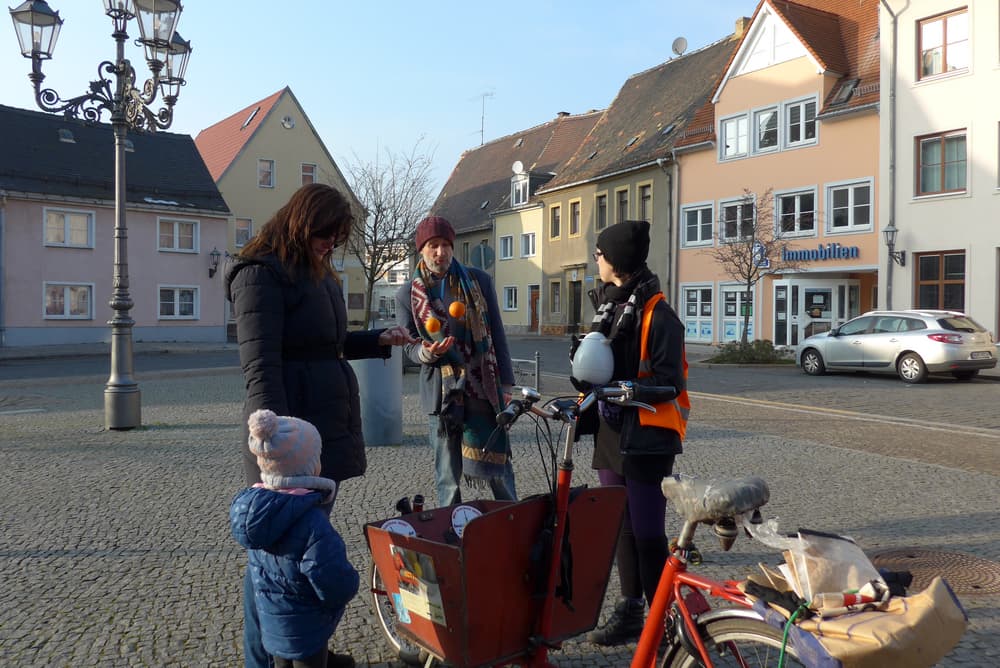 We also had many people visiting again this week. A group from living utopia came by, as well as many other personal friends. There was a surpsiring amount of birthdays and cakes and it was generally lively in Kanthaus again. :)

There is a really nice new blog page maintained by the foodsavers of Gothenburg! They document their pickups on steemit now, so that even more people can witness the sheer amounts of waste and what can be done about that right here and right now.

New karrot version is deployed to karrot.world, containing all changes since mid of January: 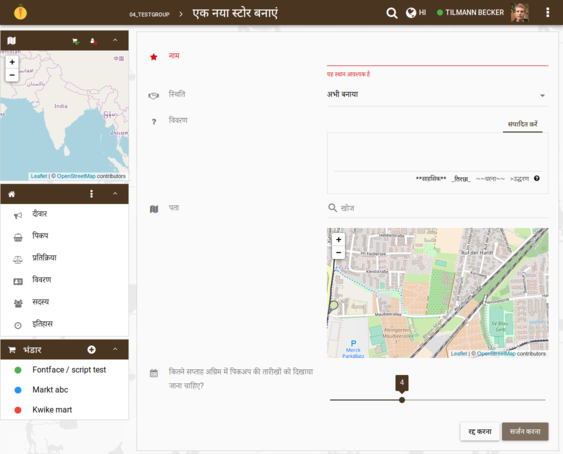 Furthermore, the deployment of karrot.world and dev.karrot.world (our staging site) is now managed via Ansible Playbooks. This should make it easier to set up a new deployment from scratch and should eventually help other groups who want to maintain their own karrot instance.

Lots of interested newcomers, mainly from Rails Girls Summer of Code, are working on our starter tasks and are looking forward to contributing more in future.

We're always looking for more translations for karrot - maybe you are up for contributing a new translation or update an existing one?

The start of the project is closing in!

Haus X is gonna be a place of "directly lived sustainability". A place to try unconventional ways of living, sharing, upcycling and saving the environment in a stunning place amidst beautiful nature. Read the full initial vision in German here (English version can be provided on request). 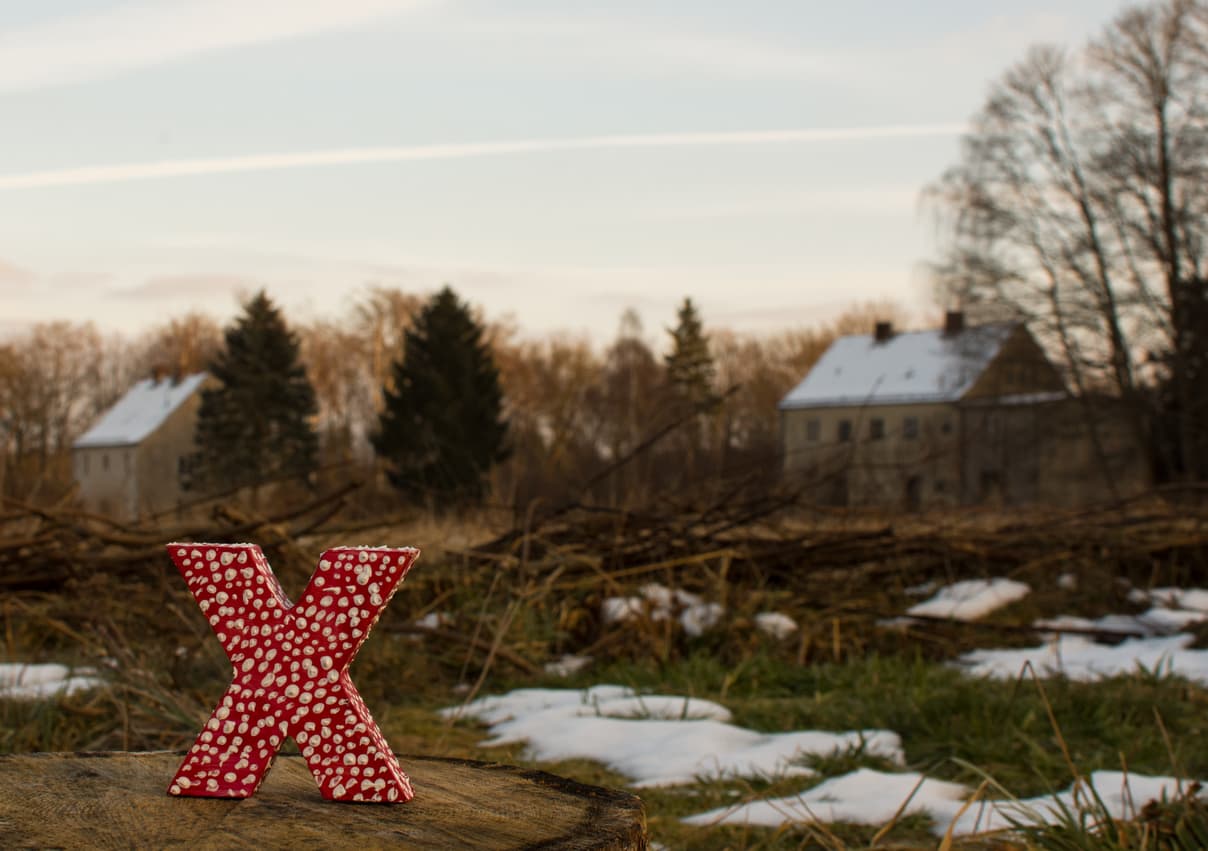 The plan is, to live in the smaller Inspektorenhaus for a few months, while making the first floor of Haus X (Oberarzthaus) habitable.

When finished with that (~June) we'll move there and get the ground floor ready for hosting groups of guests for different workshops during the summer. For example building a Biomeiler, ShowerLoop or whatever we come up with. This project is an almost blank page, your creativity is very much appreciated and all kinds of skills are needed.

We are happy to announce that we finally could include the Flake in the list of yunity projects! :D 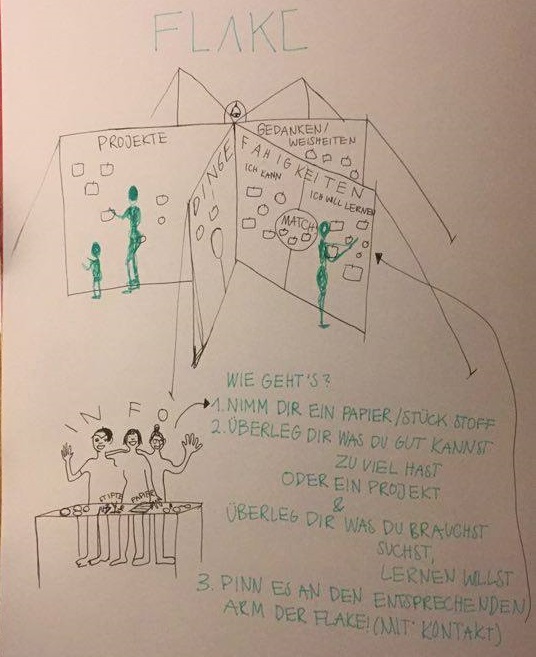 The basic idea is that of a sharing board, but the implications go much further:

Over the course of 2017 the Flake team traveled from festival to festival and from conference to conference and promoted sharing towards all the people on their way. Do you want to be a part of it in 2018? Then be sure to join the first videocall of the Flake season on February 19: Just write a mail with your Skype name to info@flake.world and become a member of the Flake team!