The yunity heartbeat - what has each team done, what are they doing and what do they need help with.

We started a new small project to help people save food on every occasion: The foodsaving language guide. So far it's just a pad, where we collect useful phrases, that can be used to talk to shop owners. We hope to come up with a nice collection, that will then be translated into as many languages as possible, to on the one hand help foodsaving groups to build up cooperations and on the other to enable freegan travelers to live off the surplus of abundant consumer societies, in which dumpster diving proves difficult.

The second part of the series of blog posts from Gothenburg was published. This time it's all about the practical challenges a foodsaving project is confronted with when trying to get stores to cooperate. Read here how the people of Gothenburg chose to deal with them!

Our project constantly attracts the interest of developers; we only need to find out how to grow the core group, currently consisting of Tilmann, Lars, Nick and Janina. Other than that, bits of progress were made:

There is a new post on the foodsharing devblog concerning the recent developments at the Easter hackathon in Berlin. [Matthias] https://yunity.atlassian.net/wiki/display/~matthias) and Raphel Wintrich came to Nick's's place and the three of them were coding together productively, writing more than 120 messages in #foodsharing-dev on Slack and inspired some enthusiastic feedback:

Since the beginning of 2017 Harzgerode has been a place for yuniteers to go to. The former children's clinic in the Harz mountains in central Germany is situated in the forest, but still offers a great food situation for dumpster divers. There are intact windows and clean rooms, running water, electricity and internet, as well as a lot of space and the benevolent support of Bernd Rühl. At first it was mainly some people looking for shelter and comfort, being exhausted from the harsh winter in Bad Dürrenberg. Then the wh-y-unity meetings were held in the former clinic and now more and more yuniteers go where more and more yuniteers go - we know that dynamic... But it's not only or mainly yunity folks, who populate the building and compound. Since it is such a great area, this year's undjetzt?! conference will take place in Harzgerode and maybe even the Utopival. Those two events are very close to yunity, be it thematically or personally, so synergies will definitely form! For example, compost toilets and solar showers are already being built to serve all of the events.

As announced in the last heartbeat, Nick started working on a new and pretty minimal website for yunity.org. Tilmann and Janina are supporting him in this endeavor and now what's mostly missing is feedback from other yuniteers if we want to exchange the good old project.yunity.org homepage with the proposed new.yunity.org one - which is still a work in progress of course.

If we can get to any kind of agreement the next heartbeat will already be published on yunity.org directly (no 'project' or 'new' will compromise the simple beauty of the url anymore then...).

These are two proposals of how it could look like: 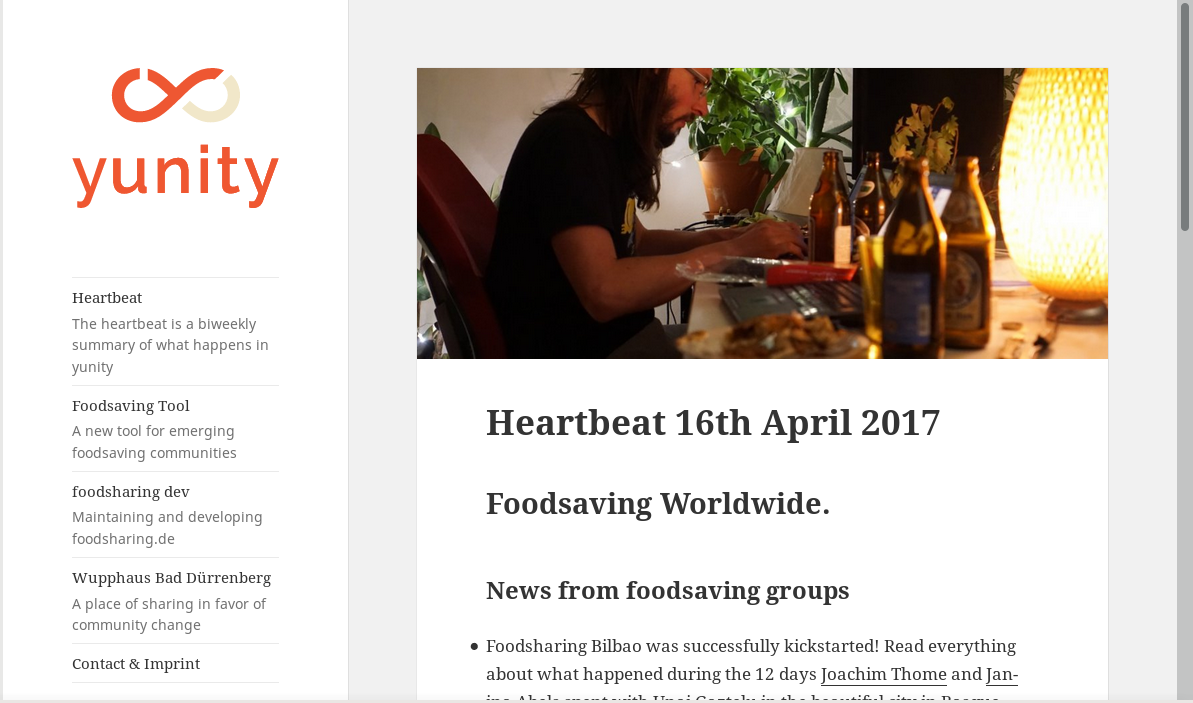 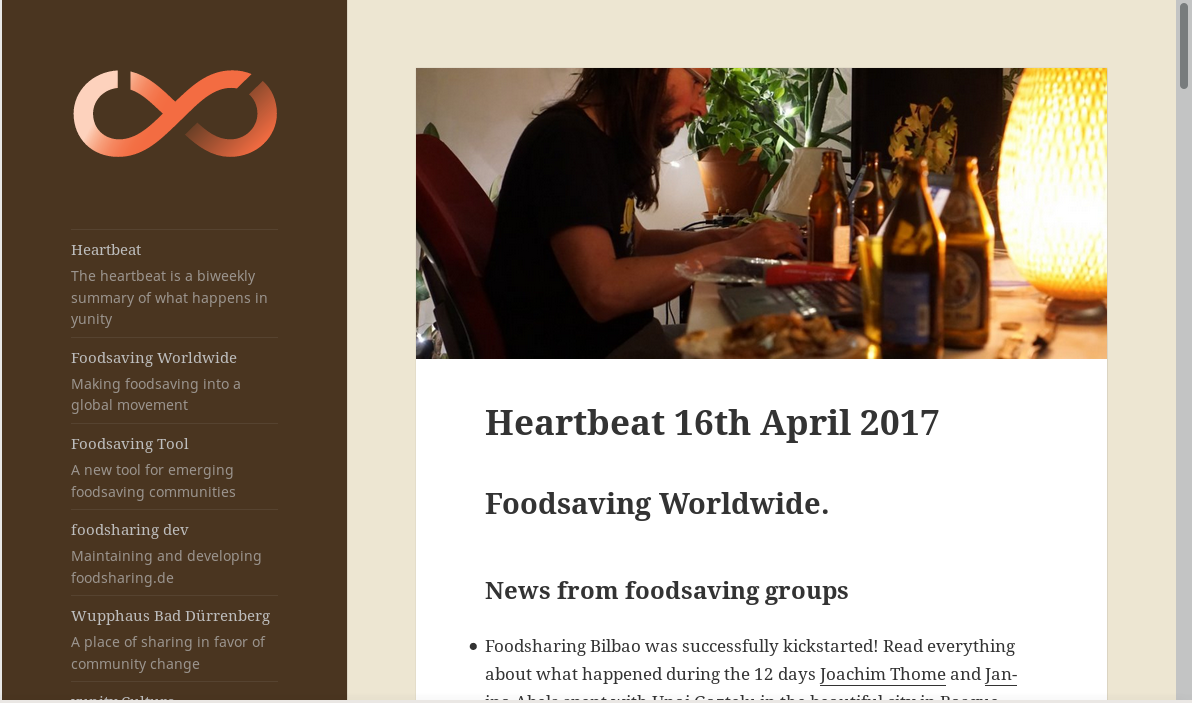