Some people anticipate Christmas, other (more nerdy) people celebrate the Congress and this year we joined the latter category! ;)

Basically all of Kanthaus moved their center of activities to Leipzig Messe from December 26 to 30. We had our very own base (also called assembly) where we could inform interested people about the various projects we work on. 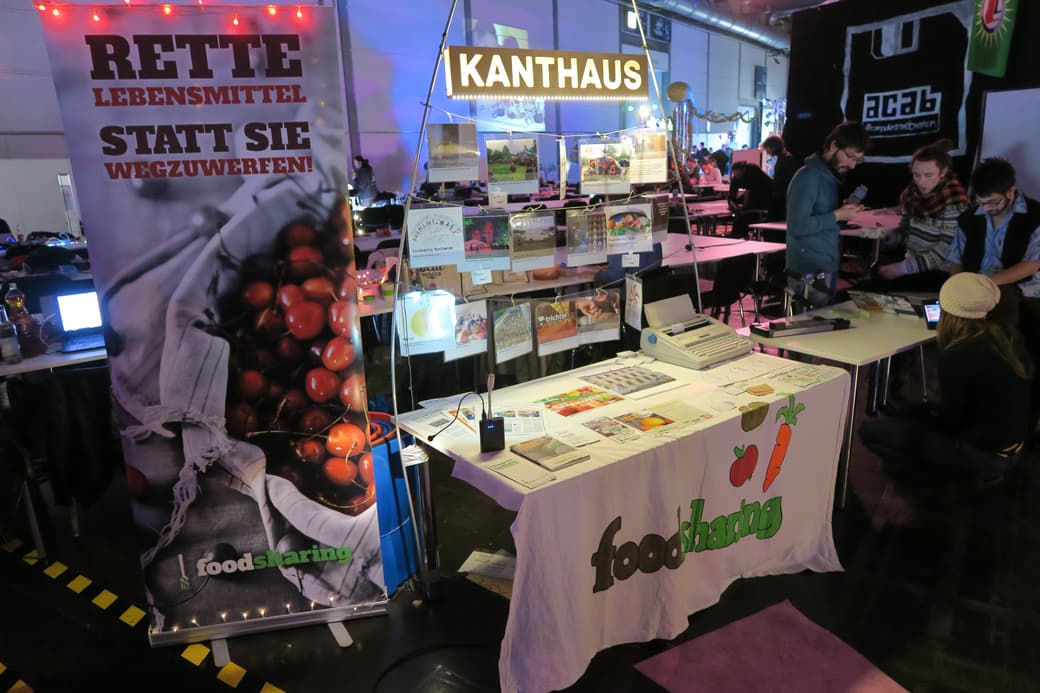 Matthias held a selforganized session about foodsharing.de development and managed to motivate some people to get involved. Doug did a lot of networking with tons of people and was quite exhausted from all the talking after a day already. Silvan and Chandi hosted three Acroyoga jams and Silvan was probably the most appreciative of all of us when it came to the gorgeous visuals of the assembly spaces and the whole fair ground. 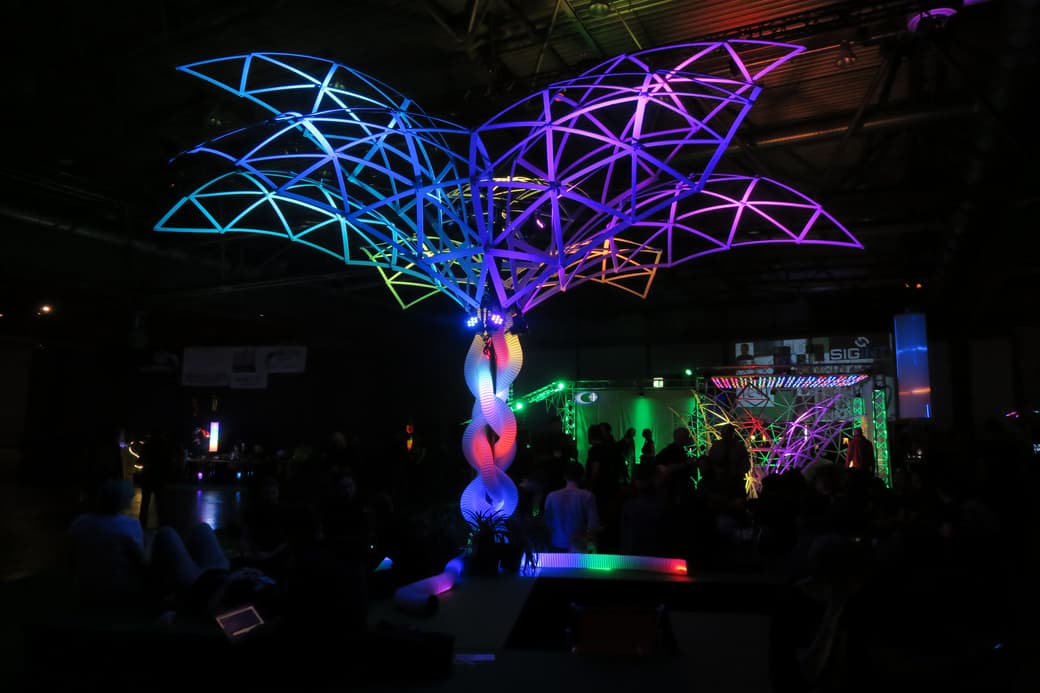 A palm made from dome pieces, tube and colorful lights 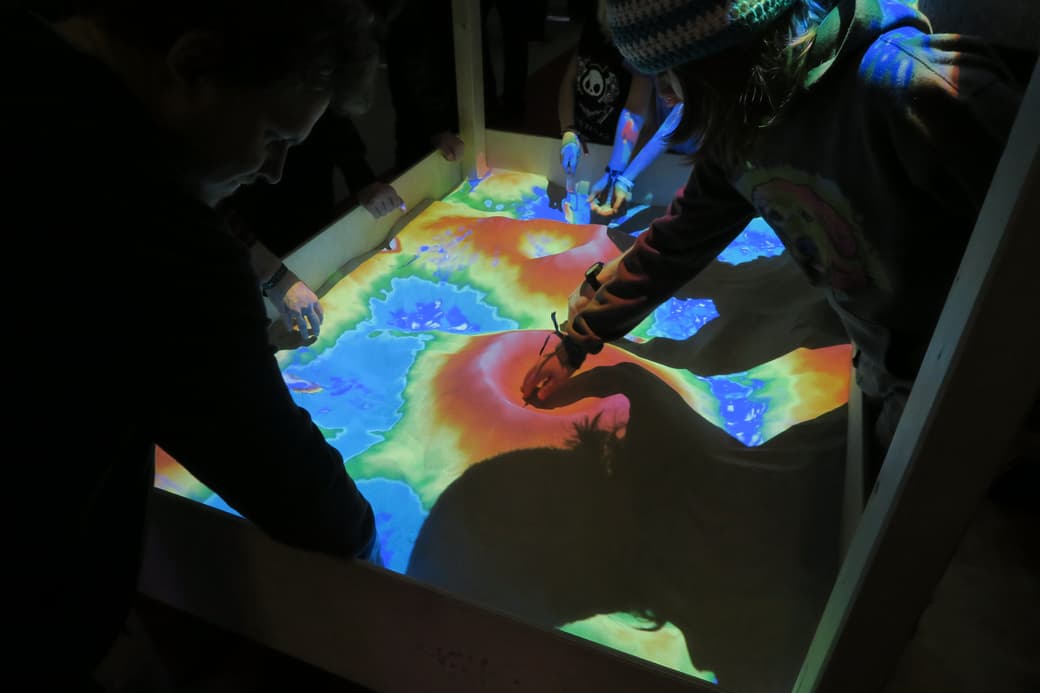 On Day 3 (also called December 29) Nick, Janina and Tilmann held a talk about the foodsaving grassroots movement and how cooperative online structures can facilitate sustainable offline activism. It was part of the official schedule and here you can still watch it online. 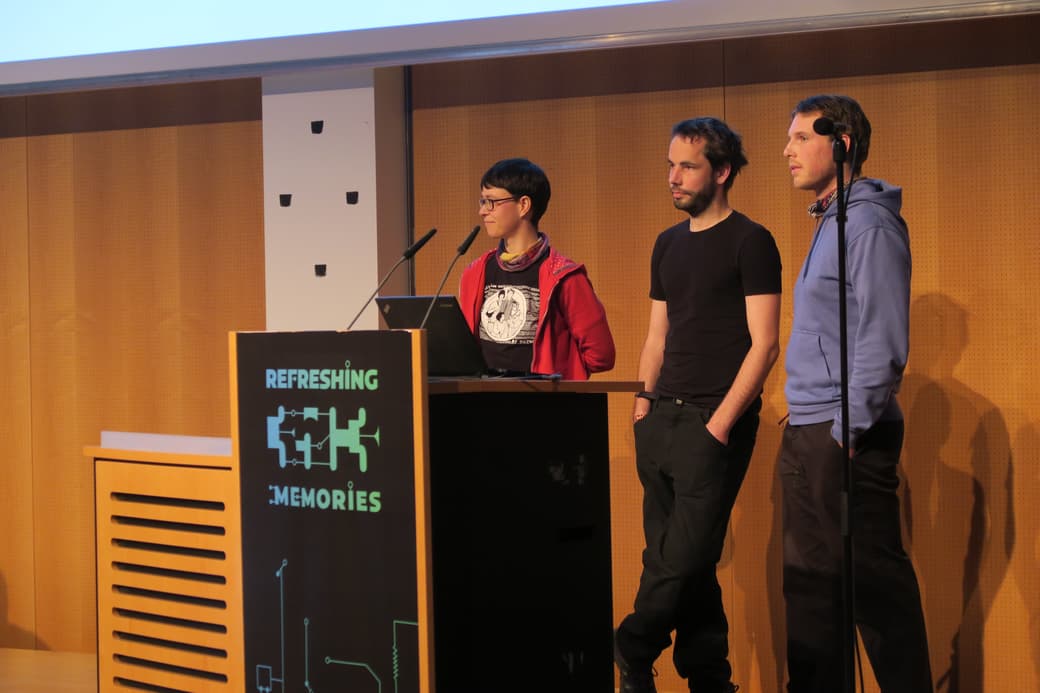 The Karrot team on stage

Some days after 35C3, the Winter of Karrot started. We quickly decided that we want to work on a tool for conflict resolution in groups, which should also allow user removal based on conversations and voting. Our team of 4 spent some days discussing and planning the feature. You can read more about the current proposal on our forum. Our plan is to implement this feature during the next weeks.

The changes to pickups and recurring pickups are now documented in a forum post, can be tested on dev.karrot.world and will be released into production next week.

Bruno and Tomasz from Gothenburg involved us more in the project to use Karrot for organizing the work of a bike kitchen. A bike bitchen operates in the way that it saves bike parts from trash and reuses them to build new bikes. We think it's a great project, and we're happy to be part of this. The goal is to generalize Karrot beyond food saving and adapt it to bike kitchen structures.

A new person emerged from the past and is interested in foodsharing Paris. Now it's already three and they got connected! Let's hope for the best and maybe soon we'll have a new foodsaving group in the French capital! :D

We also received mail from an experienced German foodsaver who is moving to Malta and is interested in importing the concept of foodsharing, too. As we all know this often is a pretty solid recipe for success if her motivation stays high for a while... ;)

Foodsharing Japan is continouusly savong food every week for months now. The pictures they publish on facebook indicate a growing amount of food that is saved and distributed to people who can make use of it. Keep up the good work, guys! 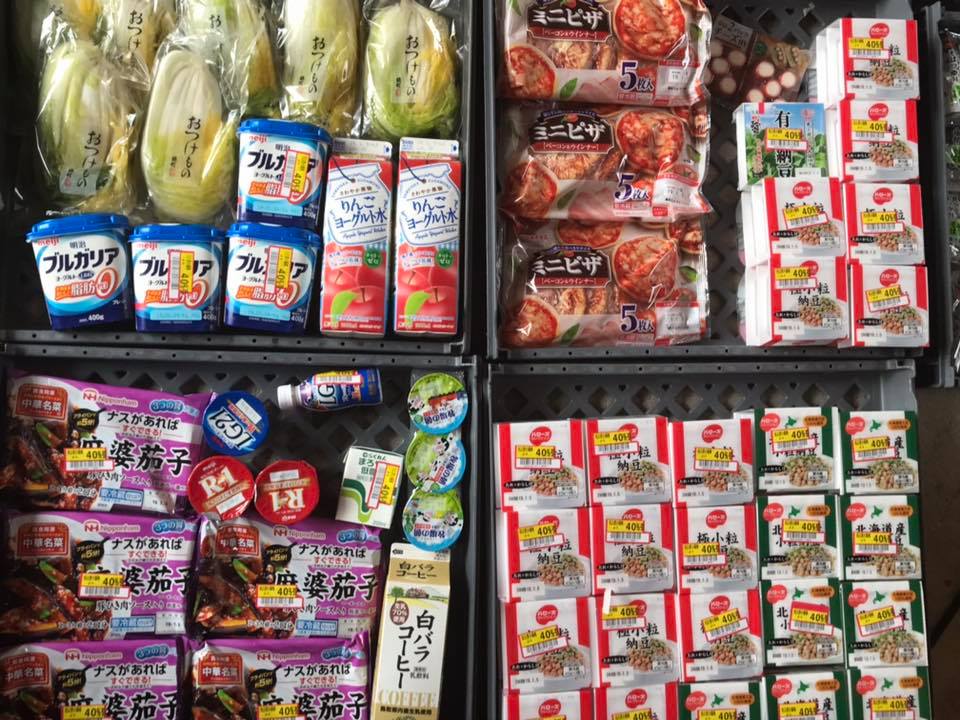 A small portion of the food saved in December in Japan

Many people gathered in Kanthaus to celebrate the second version of wuwita - the 'Wurzen winter days' - and started the new year in a calm, communal and cozy way. There were some workshops and skill sharing sessions, some games and music and of course a lot of good conversations and amazing food. We did not advertize this event at all, because we really wanted it to be a small gathering of friends. Still, the interest was so high that in the end we were more than 20 people anyways...^^