For a long time, we were wondering how we could most effectively work together, while giving ourselves the freedom of a Do-ocracy. Monika and Doug came up with the idea of Scrum of Scrums.

What is Scrum of Scrums?

So how can you picture it? Basically, all members of a team choose one representative (the ambassador) to fill out a sheet every week. The content is about the past and ongoing progress, written in high-level language that should be understandable by any person with little effort. 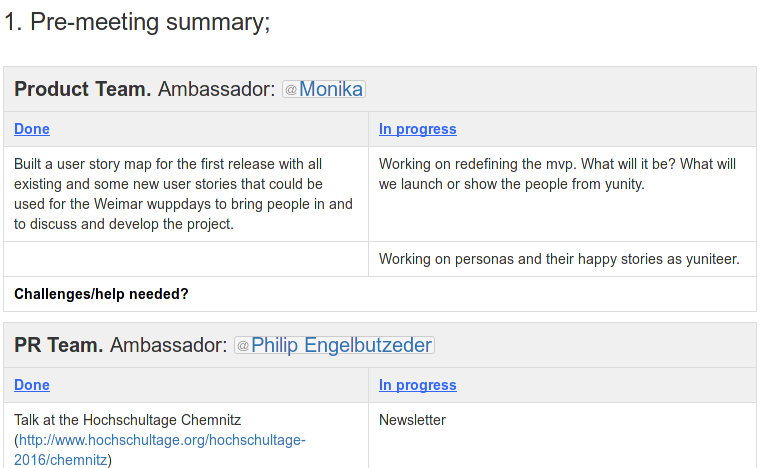 The idea was quickly accepted by many core yunity members. Due to time constraints, we increase the duration to two weeks, making it a bi-weekly event.

In addition to that, we found a nice name for it: the yunity heartbeat. It sounds less technical than Scrum of Scrums and the abbrevation doesn't invoke pictures of ships colliding with ic e bergs.

Some other small changes followed quickly: the election of ambassadors didn't happen, instead active members of each team wrote down their own work or things that they knew of. Also, the template was changed to more colors and less tables. 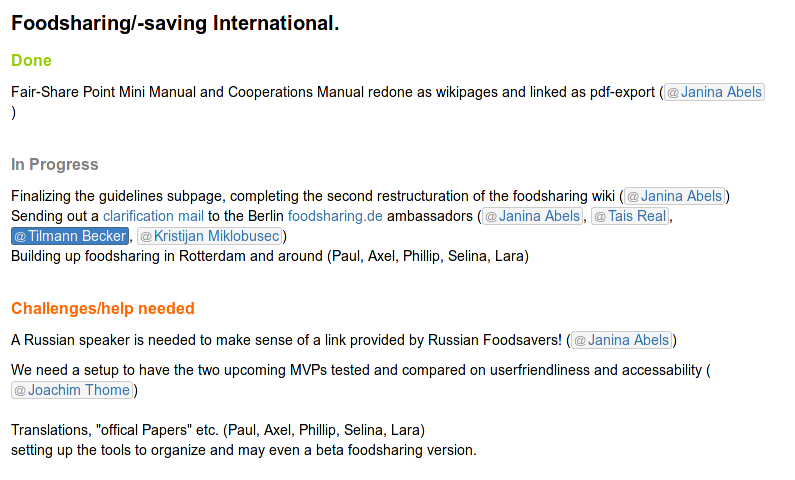 Recent and past yunity heartbeats are published in our wiki, you are welcome to have a look at them.

In hope for even more collaboration,
Tilmann for the yunity Team